Prague, September 11, 2020. And...Action: The 27th MFF Prague Febio Fest, the capital’s International Film Festival, will take place from September 18 to 25. During this period, the Best Western Premier Hotel Essence, as an official partner of MFF Prague Febio Fest, will provide free tickets for hotel guests, who are members of the Best Western Loyalty Program. In the newly opened boutique hotel in the Old Town of Prague, hotel director Lenka Valachová welcomes the partnership: "We are very excited to be a partner of the Prague International Film Festival this year. The Febio Fest is a great event in our city and brings international film glamour to our city on the Vltava River every year".

The International Film Festival has been held in Prague since 1993 and usually welcomes international film stars to the Golden City every year in March - this year the festival was postponed to late summer due to the Corona crisis. Febio Fest, named after the founding independent film and TV production company Febio, is one of the largest and most successful film festivals in the Czech Republic. This year’s opening film is the gala pre-premiere of Karel, a documentary giving a unique insight into the private life of Czech singer Karel Gott. In the following days the festival will show films of various genres by directors from all over the world. Finally, film fans can expect the French-Japanese production The Truth by Cannes winner Hirokazu Kore-eda starring Academy Award winner Juliette Binoche, Catherine Deneuve and Hollywood star Ethan Hawke. The complete program of the 27th Prague International Film Festival can be found online at www.febiofest.cz/en/program-2020.

The new Best Western Premier Hotel Essence opened in July 2020 in the center of Prague. The boutique hotel with 53 rooms and suites is located in a listed building in the style of so-called rondocubism, the "Czech Art Déco". The style, which is only found in the Czech Republic, is incorporated into the overall design concept of the newly renovated building. Thus, the hotel welcomes its guests with a contemporary interior and excellent downtown location in Prague only about ten minutes' walk from Wenceslas Square. All other well-known sights of the capital city are also within walking distance. The main railway station of Prague is only 400 meters away. The Best Western Premier Hotel Essence also offers its guests a spa area, the Lekima restaurant, a lobby bar, a conference room and an underground car park. 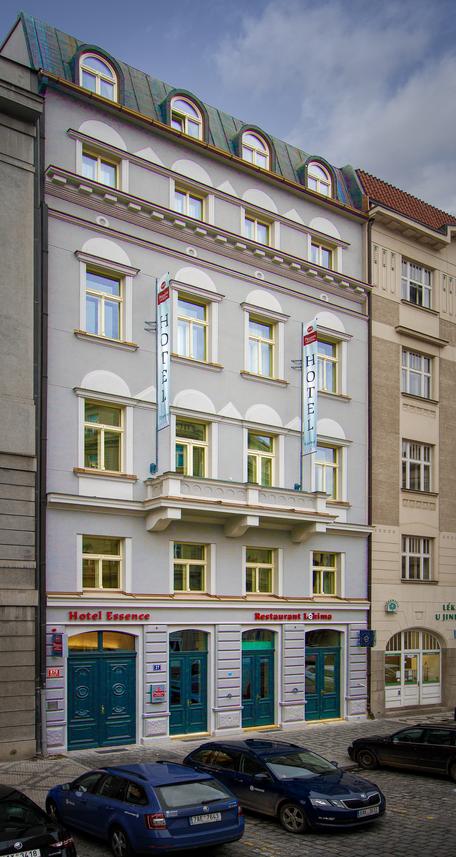 * Numbers are approximate, may fluctuate, and include hotels currently in the development pipeline.

** All Best Western, WorldHotels and SureStay branded hotels are independently owned and operated. In Europe, SureStay Hotels are managed with the brand Sure Hotels.

For Business Traveler For Event Planner Find your Conference Hotel